Skilled workers are chosen as permanent resident based on their education, work experience, knowledge of English and/or French, and other factors.

Skilled Workers and professionals are people whose education and work experience help them find work and settle down as Permanent Residents. With a large number of people retiring in developed countries like Canada every year, the need for skilled manpower is growing tremendously. A whole new world awaits skilled workers & professionals wanting to work in Canada.

Canada is on the lookout for young, self-motivated and well-educated skilled workers & professionals to contribute to its economic growth. Having a knowledge-based economy, the country is seeking job ready professionals who can fulfill the requirements and adapt in the rapidly changing job market.

Skilled workers are chosen as permanent resident based on their education, work experience, knowledge of English and/or French, and other factors. Since January 1, 2015, completing an Express Entry profile is the first step in immigrating to Canada permanently as a skilled worker under the:

Under the Express Entry system, Canada invites people to apply for permanent residence based on the information they enter in an online profile. Skilled workers who want to live in Quebec apply under a separate category. The province of Quebec selects its own skilled workers.

If you want to come to Canada as a skilled immigrant, your first step is to submit your profile to the Express Entry pool. If you’re eligible then you will be in a pool with others who are also eligible, and you will get a score and rank according to several factors. If you are one of the top candidates, then you will have invitation to apply to be a permanent resident of Canada. Although completing an online Express Entry profile or entering the pool doesn’t guarantee for permanent residence. You have 60 days to complete and submit your Express Entry profile. Otherwise, you’ll have to start again. Once you’ve filled out your profile, you can submit it online. While waiting in the pool, get ready to accept an invitation to apply to submit a complete application within 60 days. If you’re not invited to apply within 12 months of submitting your Express Entry profile, it will automatically expire. You can see this date in your account. 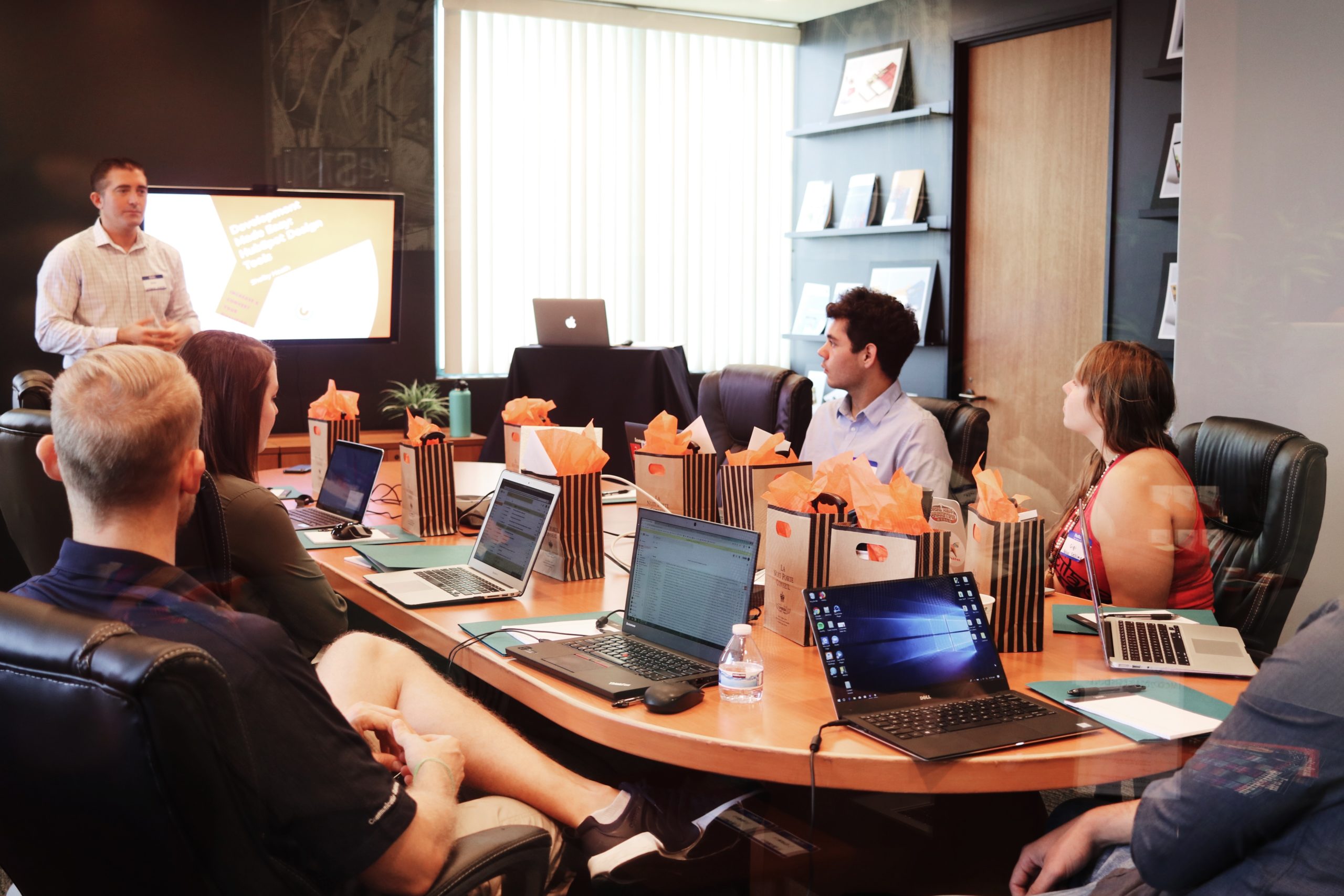 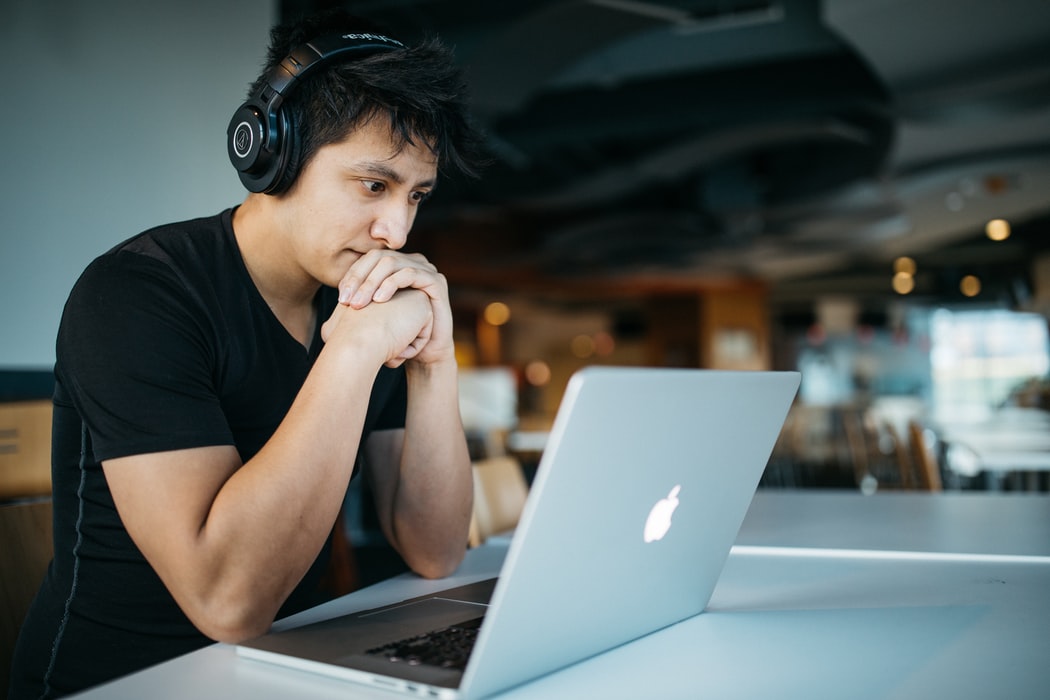 You must show that while working in your primary occupation you performed the duties set out in the lead statement of the occupational description in the NOC. This includes all the essential duties and most of the main duties listed.

You must show that you have enough money for you and your family to settle in Canada, unless you:

The Federal Skilled Trades Program is for skilled workers who want to become permanent residents based on being qualified in a skilled trade. This is 1 of the 3 federal programs managed through Express Entry. To be eligible:

Skilled trades for the Federal Skilled Trades Program are organized under these groups of the National Occupational Classification (NOC):

The major NOC groups are subdivided into different occupations, and they are all skill type B. You must show that you performed the duties set out in the lead statement of the occupational description in the NOC. This includes all the essential duties and most of the main duties listed.

You’ll likely have to go to the province or territory to be assessed for your trade. You may also need an employer in Canada to give you experience and training.

Your work experience can be in 1 or more NOC 0, A or B jobs. You must show that you performed the duties set out in the lead statement of the occupational description in the National Occupational Classification. This includes all the essential duties and most of the main duties listed. There is no education requirement for the Canadian Experience Class.

However, Self-employment and work experience gained while you were a full-time student (such as a co-op work term) doesn’t count under this program. 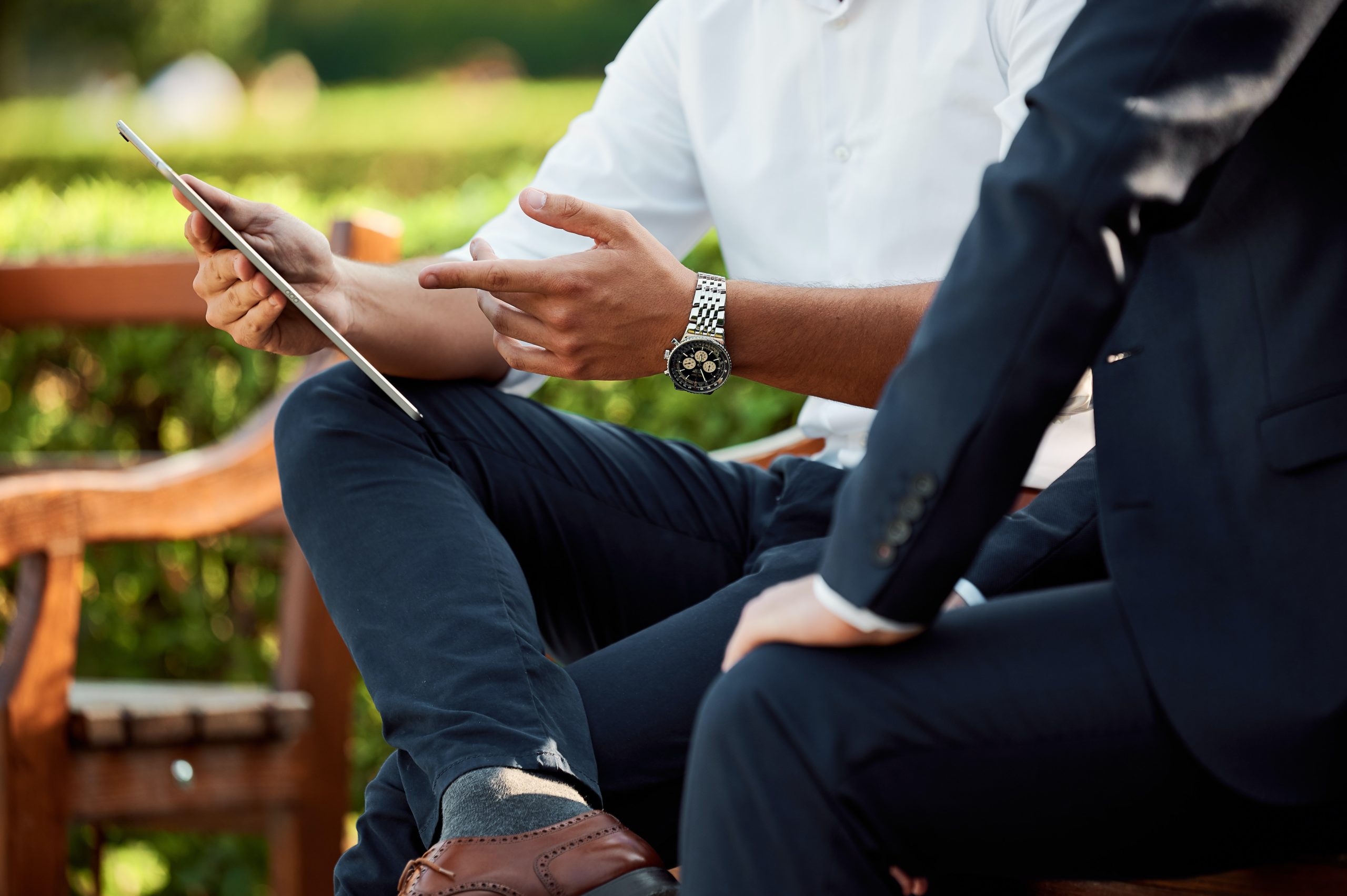 Canada has been introducing reforms to help make employment hassle-free and transparent for the deserving people. Work experience with proficiency in English, backed with relevant skills provides a solid platform for those who wish to be successful in Canadian life.

The Provincial Nominee Programs (PNPs) allow Canadian provinces and territories to nominate individuals who wish to immigrate to Canada and who are interested in settling in a province. Each Canadian province and territory have its own unique Provincial Nominee Program and specific criteria. Each PNP has at least one immigration stream that is aligned with the federal Express Entry. Candidates can have additional 600 Comprehensive Ranking System points if they manage to have provincial nomination. There are more than 80 provincial immigration streams. For PNPs, there is a higher risk of refusal in cases where the application is not properly prepared. The standards are very high. The documentation and processes involved in successfully obtaining a PNP are complex and usually require legal expertise. Our experienced immigration lawyers will be able to assess your case and recommend a course of action to best serve your needs, be it for Nova Scotia, Ontario, BC, or another major province. 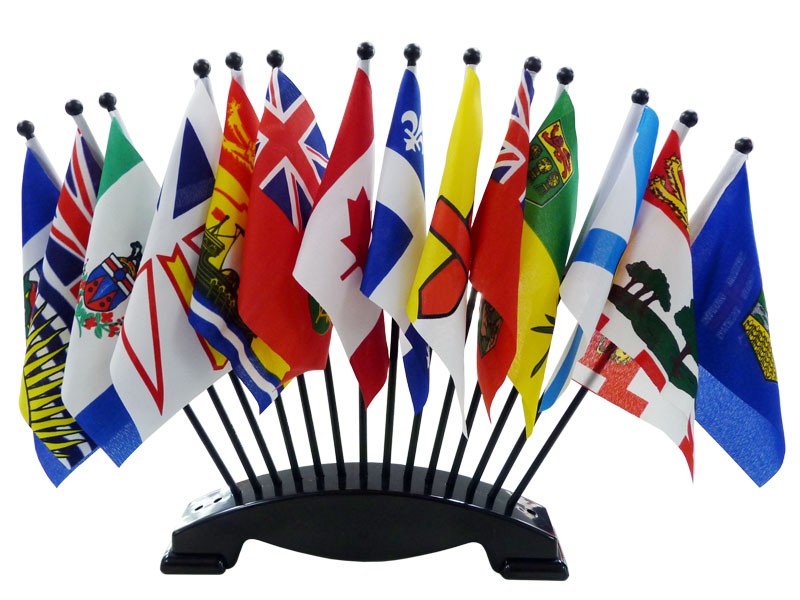 Quebec has a special agreement on immigration with the Government of Canada. The province has its own rules for choosing immigrants who will adapt well to living there. To immigrate to Canada as a Quebec-selected skilled worker, you must apply in the following 2 stages:

Apply to the Government of Quebec for a Quebec Selection Certificate (Certificat de sélection du Québec [CSQ]). If the Province of Quebec chooses you and gives you a CSQ, you must apply to Immigration, Refugees and Citizenship Canada for permanent residence.

The Quebec Skilled Workers is designed to identify the candidates who are most likely to become economically established in the province.

Quebec’s Expression of Interest System and the Arrima portal

Applicants who are successful under the Quebec Skilled Worker Program are issued a Quebec Selection Certificate (CSQ) and can then apply to the Government of Canada for permanent residence. Immigration, Refugees and Citizenship Canada (IRCC) will conduct a medical and criminal background check as part of its approval process.

Each year, Québec receives thousands of immigrants whose skills respond to particular market needs and make it easier for them to find work. Perhaps you could also have this opportunity.

The eligible applicants are permitted to explore business opportunities, interact with Canadian business counterparts, and participate in trade conferences. However, this visa does not allow applicants to assume employment in Canada. Business Visitor visa is best suited for travelers intending to experience Canadian culture, tour sites, and enjoy leisure activities while exploring various business options. 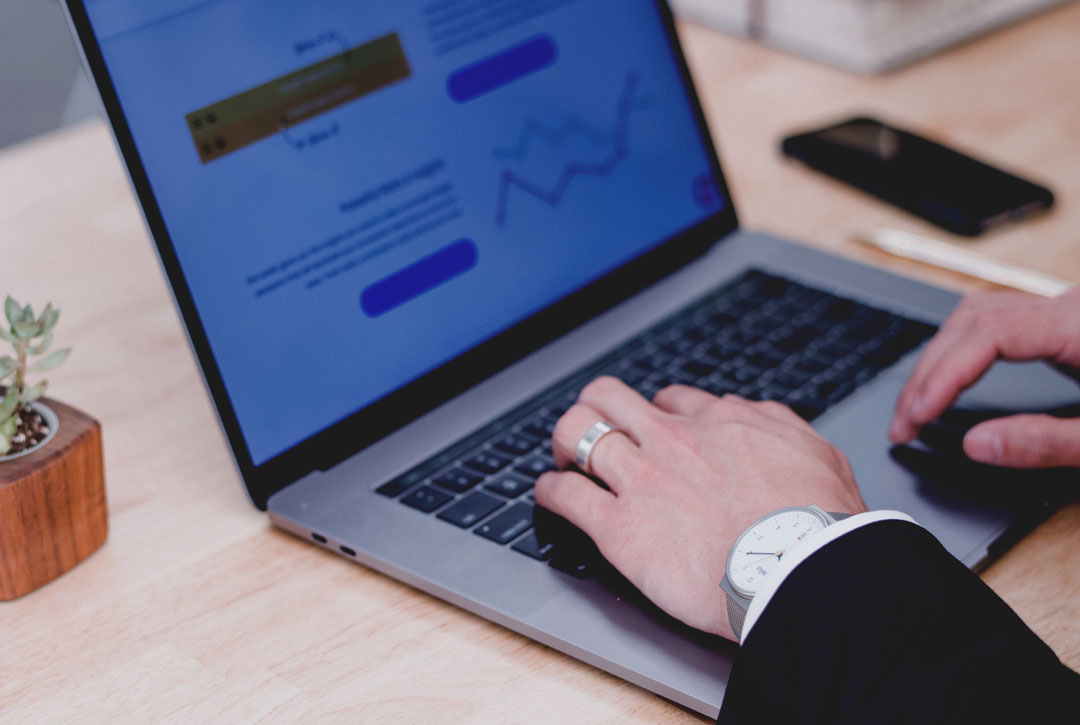 To qualify as a self-employed immigrant, you must:

Canada’s Start-up Visa Program targets immigrant entrepreneurs who has required skills and potential to build businesses in Canada that:

Do you have an innovative business idea? If you can get support for your idea from one of the designated organizations, you may be able to immigrate to Canada.

To be eligible for the Start-up Visa Program, you must:

While your application for permanent residence is being processed, you can apply for a temporary work permit to get to Canada and start building your business.

To apply for the Start-up Visa Program, your business idea or venture must get the support of one or more of the designated organizations listed below:

Designated organizations are business groups that are approved to invest or support start-ups through the Start-up Visa Program.

The goal of TD Global Migration Canada Corporation is to create exceptional services for their clients. We are here not only to help our clients find the right direction to Canada, but also make the entire process easier, faster and more efficient. At TD Global Migration Canada Corporation we know that time is precious, and we help you achieve the life you want in a smooth and professional way. With our guidance and latest technologies, you can count on us to fulfill your Canadian Dream.

We develop effective immigration strategies for each client individually.  According to our additional case specific study, we recommend documentation which will maximize the chances of success.

For enquiries from Australia: